What is The INDIGO Network?

INDIGO is a collaboration of research colleagues in over 40 countries worldwide committed to developing knowledge about mental illness related stigma and discrimination, both in terms of their origins and their eradiation. It is coordinated by Mirja Koschorke, Maria Milenova, Nicole Votruba and Graham Thornicroft at the Centre for Global Mental Health, Institute of Psychiatry, Psychology and Neuroscience at King’s College London. 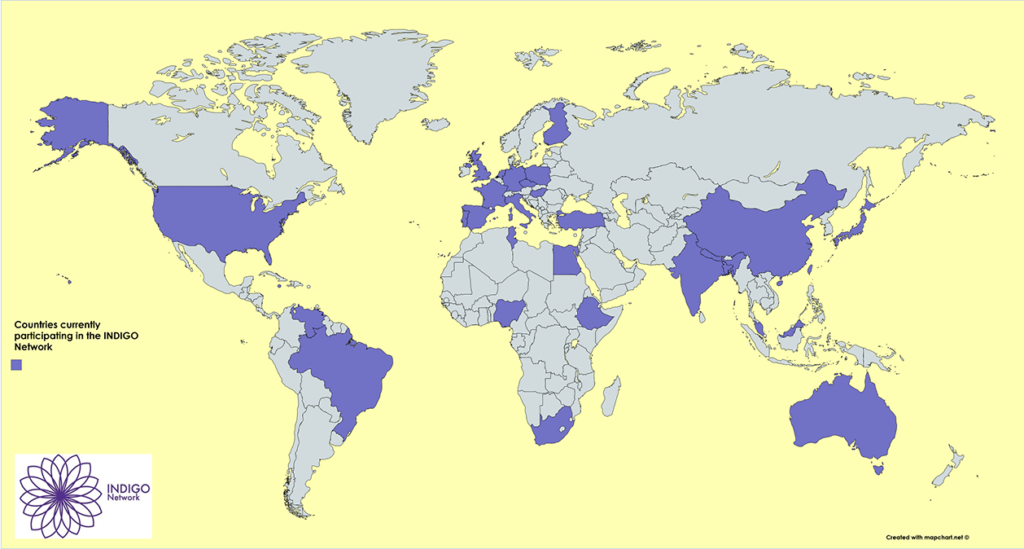 What work has The INDIGO Network done?

INDIGO began in 2006 (led by Professor Sir Graham Thornicroft, Professor Diana Rose and Professor Norman Sartorius). The first two studies addressed the nature and severity of stigma and discrimination as experienced (and as anticipated) by people with a diagnosis of schizophrenia or depression (1-6). These projects used a newly constructed measure called the Discrimination and Stigma Scale (DISC-12) which is based upon the most frequent and most important aspects of stigma and discrimination reported directly by people with mental health problems (7).

Which mental health related scales can be accessed on this website?

Researchers in the Section of Community Mental Health (CMH) at King’s College London have developed seven measures relating to different aspects of stigma and discrimination.  These measures (below) are freely available so long as you comply with our conditions, including completing a short registration survey (this replaces the need to request for permission to use the measures).

To download the scales please, complete our short survey, by scanning the QR code below. You can find more information on the use of the scales here.

What work is The INDIGO Network planning to do in the future?

Is there a paper that summarises the work of the INDIGO Network?

Yes, there is. The newly published paper in the Official Journal of the World Psychiatric Association titled “Key lessons learned from the INDIGO global network on mental health related stigma and discrimination” summarises the work done by the Network in the last decade. The paper can be accessed freely at the Wiley Online Library. 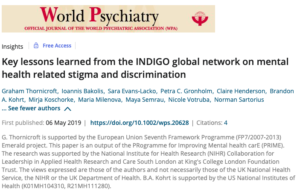 Who can I contact if I have any questions regarding the INDIGO Network?

For more information on the work done by the INDIGO Network, please contact Maria Milenova at maria.milenova@kcl.ac.uk.